28 Jun All About Migraines, Part Two: Causes and Symptoms

Migraines: everyone’s heard of them; many of us suffer from them—or will suffer a migraine at some point in our lives.

According to the Migraine Institute, 35 million Americans suffer from migraine headaches, and 43% of women and 18% of men will experience migraines at some point in their lives.

So what are migraines, exactly? How do they differ from “regular” headaches? How are they diagnosed, treated, avoided?

In Part One of our All About Migraines mini-series, we looked at all the different types of migraines. And today, Part Two will examine causes and symptoms.

Since migraines effect so many and are such a huge topic, we’ve extended this mini-series to include a Part Three, released later this week, which will address treatment options for migraines.

Researchers haven’t identified a definitive cause for migraines. However, they have found some contributing factors that can trigger the condition. This includes changes in brain chemicals, such as a decrease in levels of the brain chemical serotonin.

Other factors that may trigger a migraine include:

If you experience a migraine, your doctor may ask you to keep a headache journal. Writing down what you were doing, what foods you ate, and what medications you were taking before your migraine began can help identify your triggers. 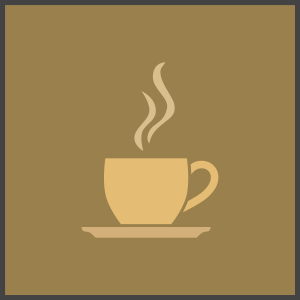 Certain foods or food ingredients may be more likely to trigger migraines than others. These may include:

Tyramine also increases when foods are fermented or aged. This includes foods like some aged cheeses, sauerkraut, and soy sauce. However, ongoing research is looking more closely at the role of tyramine in migraines. It may be a headache protector in some people rather than a trigger.

The commonest—and most easily diagnosable—migraine symptoms may begin one to two days before the headache itself. This is known as the prodrome stage. Symptoms during this stage can include:

Migraines with aura are the most common, and used to be called the “classic migraine.”

Migraines without aura are much less common.

For more information on auras and the different types of migraines, check out Part One of this mini-series.

In migraine with aura, the aura occurs after the prodrome stage. During an aura, you may have problems with your vision, sensation, movement, and speech. Examples of these problems include:

The next phase is known as the attack phase. This is the most acute or severe of the phases when the actual migraine pain occurs. In some people, this can overlap or occur during an aura. Attack phase symptoms can last anywhere from hours to days. Symptoms of a migraine can vary from person to person. Some symptoms may include:

After the attack phase, a person will often experience the postdrome phase. During this phase, there are usually changes in mood and feelings. These can range from feeling euphoric and extremely happy, to feeling very fatigued and apathetic. A mild, dull headache may persist.

The length and intensity of these phases can occur to different degrees in different people. Sometimes, a phase is skipped and it’s possible that a migraine attack occurs without causing a headache. More than half of the people who get migraines have nausea as a symptom. Most also vomit. These symptoms may start at the same time the headache does. Usually, though, they start about one hour after the headache pain starts.

Nausea and vomiting can be as troubling as the headache itself. If you only have nausea, you may be able to take your usual migraine medications. Vomiting, though, can prevent you from being able to take pills or keep them in your body long enough to be absorbed. If you have to delay taking migraine medication, your migraine is likely to become more severe.

If you have nausea without vomiting, your doctor may suggest medication to ease nausea called anti-nausea or antiemetic drugs. In this case, the antiemetic can help prevent vomiting and improve the nausea.

Acupressure may also be helpful in treating migraine nausea. A 2012 study showed that acupressure reduced the intensity of migraine-associated nausea starting as soon as 30 minutes, gaining improvement over 4 hours.

Treating nausea and vomiting together

It can also feel like a severe dull, steady ache. The pain may start out as mild, but without treatment will become moderate to severe.

Migraine pain most commonly affects the forehead area. It’s usually on one side of the head, but it can occur on both sides, or shift.

Most migraines last about 4 hours. If they’re not treated or don’t respond to treatment, they can last for as long as 72 hours to a week. In migraines with aura, pain may overlap with an aura or may never occur at all.

Stay tuned for the final part of our All About Migraines mini-series coming later this week!