15 Jun Complex PTSD: What is it and How it Differs from PTSD

Most people are familiar with post-traumatic stress disorder (PTSD), an anxiety disorder that results from a traumatic event, such as a natural disaster or car accident.

However, a closely related condition called complex post-traumatic stress disorder (CPTSD) is becoming more widely recognized by doctors in recent years. CPTSD results from repeated trauma over months or years, rather than a single event.

What are the symptoms?

The symptoms of CPTSD usually include those of PTSD, plus an additional set of symptoms.

This can include having nightmares or flashbacks.

You might avoid situations or activities, such as large crowds or driving, that remind you of the traumatic event. This also includes keeping yourself preoccupied to avoid thinking about the event.

Changes in beliefs and feelings about yourself and others

This can include avoiding relationships with other people, not being able to trust others, or believing the world is very dangerous.

Hyperarousal refers to constantly being on-alert or jittery. For example, you might have a hard time sleeping or concentrating. You might also be unusually startled by loud or unexpected noises.

These refer to physical symptoms that don’t have any underlying medical cause. For example, when something reminds you of the traumatic event, you might feel dizzy or nauseated.

People with CPTSD typically have the above PTSD symptoms along with additional symptoms, including:

This refers to having uncontrollable feelings, such as explosive anger or ongoing sadness.

This can include forgetting the traumatic event or feeling detached from your emotions or body, which is also called dissociation.

You may feel guilt or shame, to the point that you feel completely different from other people.

This includes becoming preoccupied with the relationship between you and your abuser. It can also include preoccupation with revenge or giving your abuser complete power over your life.

Loss of systems of meanings

Systems of meaning refer to your religion or beliefs about the world. For example, you might lose faith in some long-held beliefs you had or develop a strong sense of despair or hopelessness about the world.

It’s important to note that symptoms of both PTSD and CPTSD can vary widely between people, and even within one person over time. For example, you might find yourself avoiding social situations for a period of time, only to start seeking potentially dangerous situations months or years later.

If you’re close to someone with CPTSD, it’s also important to remember that their thoughts and beliefs might not always match up with their emotions. They might know that, logically, they should avoid their abuser. However, they might also hold onto a sense of affection toward them. 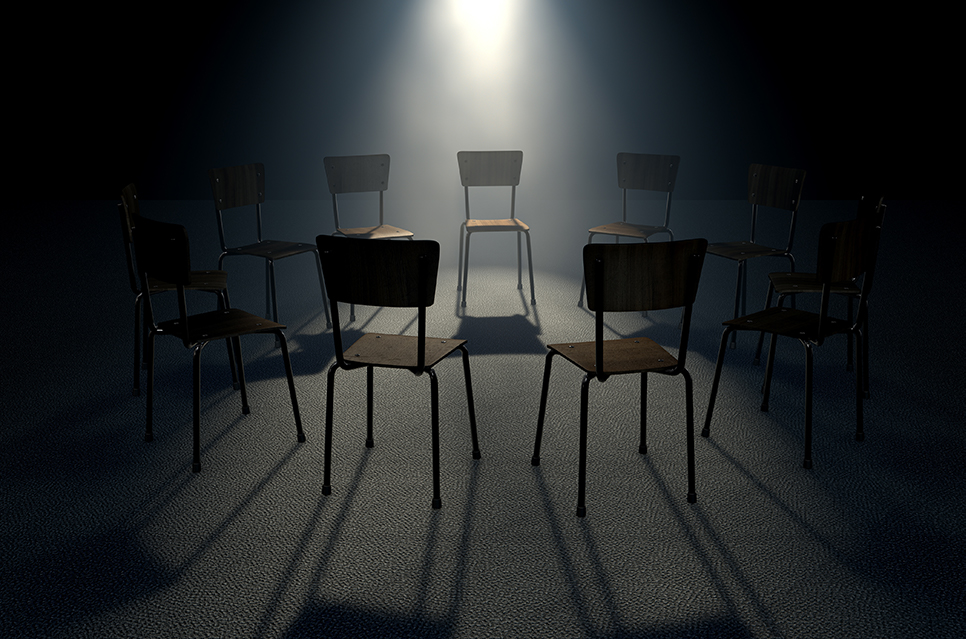 Researchers are still trying to figure out exactly how traumatic stress affects the brain and leads to conditions like CPTSD. However, studies on animals suggest that trauma can have lasting effects on the amygdala, hippocampus, and prefrontal cortex. These areas play a big role in both our memory function and how we respond to stressful situations.

Any type of long-term trauma, over several months or years, can lead to CPTSD. However, it seems to appear frequently in people who’ve been abused by someone who was supposed to be their caregiver or protector. Examples include survivors of human trafficking or ongoing childhood sexual abuse by a relative.

Other examples of long-term trauma include:

Are there any risk factors?

While anyone can develop CPTSD, some people may be more likely to develop it than others. Aside from having past traumatic experiences, risk factors include:

How is it diagnosed?

CPTSD is still a relatively new condition, so some doctors aren’t aware of it. This can make it hard to get an official diagnosis, and you might be diagnosed with PTSD instead of CPTSD. There’s no specific test for determining whether you have CPTSD, but keeping a detailed log of your symptoms can help your doctor make a more accurate diagnosis. Try to keep track of when your symptoms started as well as any changes in them over time.

Once you find a doctor, they’ll start by asking about your symptoms, as well as any traumatic events in your past. For the initial diagnosis, you likely won’t need to go into too much detail if it makes you uncomfortable.

Next, they may ask about any family history of mental illness or other risk factors. Make sure to tell them about any medications or supplements you take, as well as any recreational drugs you use. Try to be as honest as you can with them so they can make the best recommendations for you.

If you’ve had symptoms of post-traumatic stress for at least a month and they interfere with your daily life, your doctor will likely start with a diagnosis of PTSD. Depending on the traumatic event and whether you have additional symptoms, such as ongoing relationship problems or trouble controlling your emotions, they may diagnose you with CPTSD.

Keep in mind that you may need to see a few doctors before you find someone you feel comfortable with. This is very normal, especially for people dealing with post-traumatic stress. How is it treated?

There are several treatment options for CPTSD that can both reduce your symptoms and help you better manage them.

Psychotherapy involves talking with a therapist either alone or in a group. It also includes the use of cognitive behavioral therapy (CBT). This type of treatment helps you identify negative thought patterns and gives you tools to replace them with more healthy, positive thoughts.

Your doctor might also recommend dialectical behavioral therapy, a type of CBT that helps you better respond to stress and build stronger relationships with others.

EMDR is commonly used to treat PTSD, and it can be helpful for CPTSD as well. You’ll be asked to briefly think about a traumatic moment while moving your eyes from side to side. Other techniques include having someone tap on your hands instead of moving your eyes. Over time, this process may help to desensitize you to traumatic memories and thoughts.

While there’s some debate within the medical community over its use, the American Psychological Association conditionally recommends it for PTSD. This means that they recommend it but additional information is still needed due to insufficient evidence.

Medications traditionally used to treat depression can also help with symptoms of CPTSD. They tend to work best when combined with another form of treatment, such as CBT. Common antidepressants used for CPTSD may include:

While some people benefit from using these medications long term, you may only need to take them for a short period of time while you learn new coping strategies.

Where can I find support?

Having an under-recognized condition like CPTSD can be isolating. If you feel like you need some extra support, the National Center for PTSD has several resources, including a PTSD coaching app for your phone. While many of these resources are geared toward people with PTSD, you may still find them helpful for many of your symptoms.

The nonprofit organization Out of the Storm also has many online resources, including a forum, information sheets, and book recommendations, specifically for CPTSD.

CPTSD is a serious mental health condition that can take some time to treat, and for many people, it’s a lifelong condition. However, a combination of therapy and medication can help you manage your symptoms and significantly improve your quality of life.

If starting treatment sounds overwhelming, consider joining a support group—either in person or online, first. Sharing your experience with people in similar situations is often the first step toward recovery.