29 Mar The Ketosis Diet: What it is and how it works

The ketogenic diet is a popular, effective way to lose weight and improve your health. When followed correctly, this low-carb, high-fat diet will raise blood ketone levels.

Ketone provides a new fuel source for your cells and causes most of the unique health benefits of this diet.

On a ketogenic diet, your body undergoes many biological adaptations, including a reduction in insulin levels and increased fat breakdown.

When this happens, your liver starts producing high numbers of ketones to supply energy for your brain.

However, it can often be hard to know whether you’re in ketosis or not.

Here are 10 common signs and symptoms of ketosis, both positive and negative.

What is the ketogenic diet?

The terms “ketogenic” or “keto diets” may be unfamiliar to you, but the diets associated with this won’t be. Paleo, South Beach and Atkins diets are all classified as ketogenic, and if you haven’t heard of those three … well, you probably have.

Keto diets are focused on weight loss. They’re most recognizable from their high protein, low carb meal plans. (Think eating loads of steak but nary a slice of bread.)

But a “true” keto diet, according to Harvard Medical School, “centers on fat, which supplies as much as 90% of daily calories.”

The aim is to replace your body’s natural fuel source, carbohydrates, with ketone bodies, with the fuel that the liver produces from stored fat. That is called ketosis.

A “true” keto diet requires fewer than 20 to 50 grams of carbs per day—which is akin to about one and a half bananas. Within a few days, the body then reaches ketosis, but this process can be derailed when you eat too much protein.

So keto diets aren’t inherently bad, but like most things, there are pros and cons. Let’s take a look. Commonly, people often report bad breath once they reach full ketosis. Not, like, toilet breath; more like breath with a tinge of fruitiness.

This is caused by elevated ketone levels. The specific culprit is acetone, a ketone that exits the body in your urine and breath .

If you’re experiencing fruity-breath, brush your teeth several (more) times a day and/or try chewing sugar-free gum. But check for carbs; if your gum sports carbs, it’ll reduce your ketone levels and disrupt the process.

Ketogenic diets, along with normal low-carb diets, are highly effective for weight loss.

As dozens of weight loss studies have shown, you will likely experience both short- and long-term weight loss when switching to a ketogenic diet.

Fast weight loss can occur during the first week. While some people believe this to be fat loss, it’s primarily stored carbs and water being used up.

After the initial rapid drop in water weight, you should continue to lose body fat consistently as long as you stick to the diet and remain in a calorie deficit.

NEUTRAL: Increased ketones in the blood

One of the hallmarks of a ketogenic diet is a reduction in blood sugar levels and an increase in ketones.

As you progress further into a ketogenic diet, you will start to burn fat and ketones as the main fuel sources.

The most reliable and accurate method of measuring ketosis is to measure your blood ketone levels using a specialized meter. This is the most accurate way of testing and is used in most research studies. The downside is that it requires a small pinprick to draw blood from your finger.

If you’re gunning for a keto diet, invest in some test strips. You’ll find a bunch on all the major retail websites.

NEUTRAL: Increased ketones in the breath or urine

Another way to measure blood ketone levels is a breath analyzer.

It monitors acetone, one of the three main ketones present in your blood during ketosis.

This gives you an idea of your body’s ketone levels since more acetone leaves the body when you are in nutritional ketosis.

The use of acetone breath analyzers has been shown to be fairly accurate, though less accurate than the blood monitor method.

Another good technique is to measure the presence of ketones in your urine on a daily basis with special indicator strips.

These also measure ketone excretion through the urine and can be a quick and cheap method to assess your ketone levels each day. However, they’re not considered very reliable.

You can measure your ketone levels with a breath analyzer or urine strips. However, they’re not as accurate as a blood monitor. Many people report decreased hunger while following a ketogenic diet. The reasons why this happens are still being investigated.

However, it’s been suggested that this hunger reduction may be due to an increased protein and vegetable intake, along with alterations to your body’s hunger hormones.

The ketones themselves may also affect your brain to reduce appetite.

A ketogenic diet can significantly reduce appetite and hunger. If you feel full and don’t need to eat as often as before, then you may be in ketosis.

When you start a low-carb diet, your body must adapt to burning more fat for fuel, instead of carbs.

When you get into ketosis, a large part of the brain starts burning ketones instead of glucose. It can take a few days or weeks for this to start working properly.

Ketones are an extremely potent fuel source for your brain. They have even been tested in a medical setting to treat brain diseases and conditions such as concussion and memory loss.

The initial switch to a ketogenic diet can be one of the biggest issues for new dieters. Its well-known side effects can include weakness and fatigue.

These often cause people to quit the diet before they get into full ketosis and reap many of the long-term benefits.

These side effects are natural. After several decades of running on a carb-heavy fuel system, your body is forced to adapt to a different system.

As you might expect, this switch doesn’t happen overnight. It generally requires 7–30 days before you are in full ketosis.

To reduce fatigue during this switch, you may want to take electrolyte supplements.

Electrolytes are often lost because of the rapid reduction in your body’s water content and the elimination of processed foods that may contain added salt.

When adding these supplements, try to get 1,000 mg of potassium and 300 mg of magnesium per day.

As discussed above, removing carbs can lead to general tiredness at first. This includes an initial decrease in exercise performance.

It’s primarily caused by the reduction in your muscles’ glycogen stores, which provide the main and most efficient fuel source for all forms of high-intensity exercise.

After several weeks, many ketogenic dieters report that their performance returns to normal. In certain types of ultra-endurance sports and events, a ketogenic diet could even be beneficial.

What’s more, there are further benefits — primarily an increased ability to burn more fat during exercise.

One famous study found that athletes who had switched to a ketogenic diet burned as much as 230% more fat when they exercised, compared to athletes who were not following this diet.

While it’s unlikely that a ketogenic diet can maximize performance for elite athletes, once you become fat-adapted it should be sufficient for general exercise and recreational sports.

Performance decreases are, by and large, short-term, and the keto diet can actually enhance your physical performance after time. 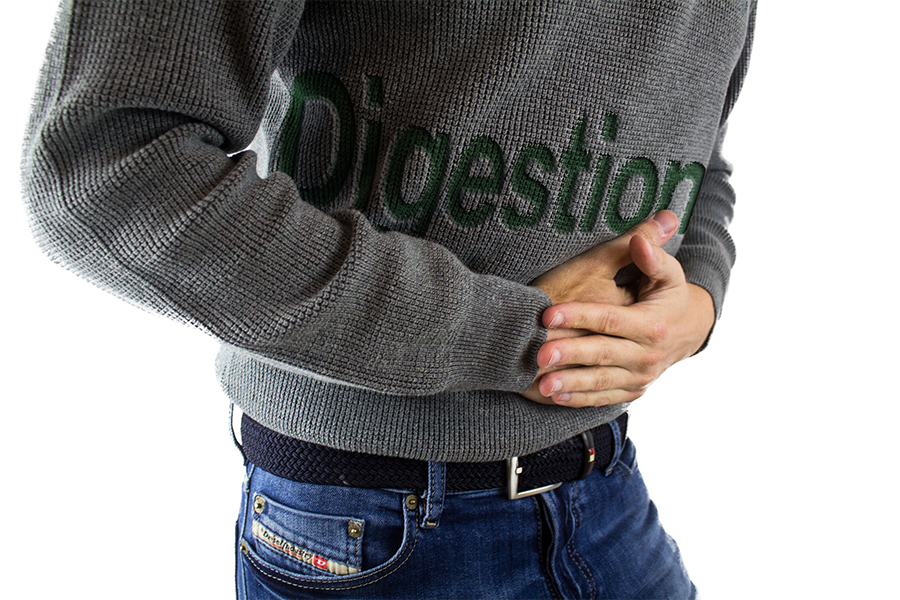 A ketogenic diet generally involves a major change in the types of foods you eat.

Digestive issues such as constipation and diarrhea are common side effects in the beginning.

Some of these issues should subside after the transition period, but it may be important to be mindful of different foods that may be causing digestive issues.

Also, make sure to eat plenty of healthy low-carb veggies, which are low in carbs but still contain plenty of fiber.

Most importantly, don’t make the mistake of eating a diet that lacks diversity. Doing that may increase your risk of digestive issues and nutrient deficiencies.

You might experience constipation or diarrhea when you first switch to a ketogenic diet, but it can and will improve—if you keep your diet diverse!

One big issue for many ketogenic dieters is sleep. When your diet completely changes and carbs are drastically reduced, many people report insomnia or waking up at night when they first reduce their carbs drastically.

However, this usually improves in a matter of weeks.

Many long-term ketogenic dieters claim that they sleep better than before after adapting to the diet.

Poor sleep and insomnia are common symptoms during the initial stages of ketosis. This usually improves after a few weeks—but if you already suffer from frequent insomnia, it’s worth giving a keto diet extra scrutiny.