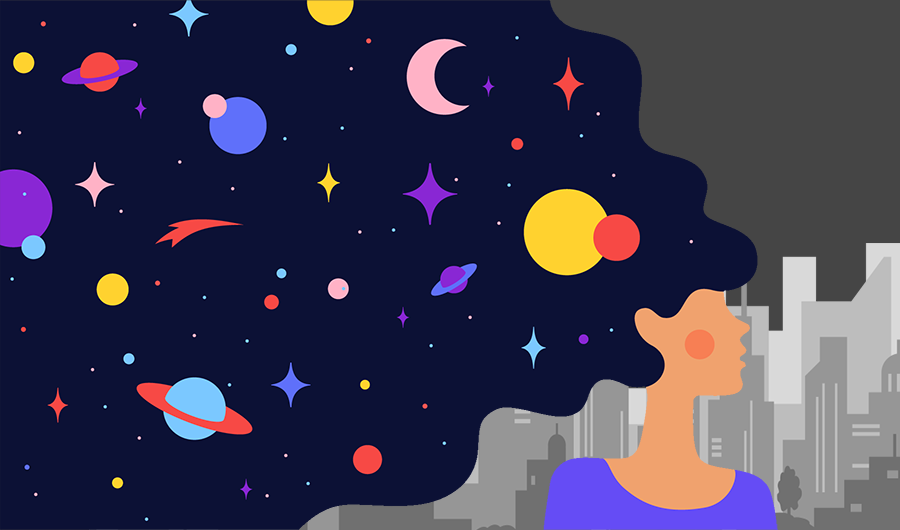 Significant events in life tend to linger in your memory. Some might spark happiness when you recall them. Others might involve less pleasant emotions.

You might make a conscious effort to avoid thinking about these memories. Repressed memories, on the other hand, are those you unconsciously forget. These memories generally involve some kind of trauma or a deeply distressing event.

Maury Joseph, a clinical psychologist in Washington, D.C., explains that when your brain registers something too distressing, “it drops the memory into a ‘nonconscious’ zone, a realm of the mind you don’t think about.”

It sounds simple enough, but the concept of memory repression is a controversial one that experts have long debated.

Where did the idea come from?

The idea of memory repression dates back to Sigmund Freud in the late 1800s. He began developing the theory after his teacher, Dr. Joseph Breuer, told him about a patient, Anna O.

She experienced many unexplained symptoms. During treatment for these symptoms, she started remembering upsetting events from the past she previously had no memory of. After regaining these memories and talking about them, her symptoms began to improve.

Freud believed that memory repression served as a defense mechanism against traumatic events. Symptoms that couldn’t be traced to a clear cause, he concluded, stemmed from repressed memories. You can’t remember what happened, but you feel it in your body, anyway.

The concept of memory repression had a resurgence in popularity in the 1990s when an increasing number of adults started reporting memories of child abuse they hadn’t been aware of previously.

Why is it controversial?

Some mental health professionals believe the brain can repress memories and offer therapy to help people recover hidden memories. Others agree repression could theoretically be possible, even though there’s no concrete proof.

But the majority of practicing psychologists, researchers, and other experts in the field question the whole concept of repressed memories. Even Freud later discovered many of the things his clients “remembered” during psychoanalysis sessions weren’t real memories.

Above all, “memory is highly flawed,” Joseph says. “It’s subject to our biases, how we feel in the moment, and how we felt emotionally at the time of event.”

That doesn’t mean memories aren’t useful for exploring psychological issues or learning about someone’s personality. But they shouldn’t necessarily be taken as concrete truths.

Finally, there’s the fact that we’ll likely never know a whole lot about repressed memories because they’re so hard to study and evaluate. To run an objective, high-quality study, you’d need to expose participants to trauma, which is unethical.

What is repressed memory therapy?

Some specific approaches include:

Scientific evidence generally doesn’t support the effectiveness of these approaches.

Repressed memory therapy can also have some serious unintended consequences, namely false memories. These are memories created through suggestion and coaching.

They can have a negative impact on both the person experiencing them and anyone who might be implicated in them, such as a family member suspected of abuse based on a false memory.

So, what’s behind the countless reports of people forgetting major events, especially those that took place early in life? There are a few theories that might explain why this happens.

People often cope with severe trauma by dissociating, or detaching from what’s happening. This detachment can blur, alter, or block the memory of the event.

Some experts believe children who experience abuse or other trauma may not be able to create or access memories in the usual way. They have the memories of the event, but they may not recall them until they’re older and better equipped to deal with the distress.

When you deny an event, Joseph says, it may never register in your consciousness.

“Denial might occur when something is so traumatic and upsetting your mind doesn’t let a picture form,” he adds.

Maury offers the example of a child who witnesses domestic violence between their parents. They might temporarily check out mentally. As a result, they might not have a “picture” of what happened in their memory. Still, they get tense when watching a fight scene in a movie.

You may not remember an event until something later in life triggers your recollection.

But it’s not really possible to know whether your brain unconsciously repressed the memory or you consciously buried it, or simply forgot.

Joseph suggests old memories you’re already aware of might take on different meanings and make more sense later in life. These new meanings may emerge during therapy or simply as you get older and gain life experience.

When you realize the significance of a memory you didn’t previously consider traumatic, you might then become extremely distressed by it.

What if I feel like I have some kind of repressed memory?

Both memory and trauma are complicated topics that researchers are still working to understand. Leading experts in both fields continue to explore links between the two.

If you feel like you’re having trouble recalling an early memory or don’t remember a traumatic event people have told you about, consider reaching out to a licensed therapist.

The American Psychological Association (APA) recommends looking for one trained to treat specific symptoms, such as:

A good therapist will help you explore memories and feelings without leading you in any particular direction.

Keep in mind a therapist should never coach you through memory recollection. They shouldn’t suggest you experienced abuse or guide you to “repressed” memories based on their beliefs about what happened.

They should also be unbiased. An ethical therapist won’t immediately suggest your symptoms are the result of abuse, but they also won’t completely write off the possibility without taking time to consider it in therapy.

In theory, memory repression could happen, though other explanations for lost memories may be more likely.

The APA suggests that while memories of trauma may be repressed and recovered later, this seems extremely rare.

The APA also points out that experts don’t yet know enough about how memory works to tell a real recovered memory from a false memory, unless other evidence supports the recovered memory.

It’s important for mental health professionals to take an unbiased and objective approach to treatment, one that’s grounded in your present experience.

Trauma can have very real effects on your brain and body, but treating these symptoms may have more benefit than searching for memories that may not actually exist.