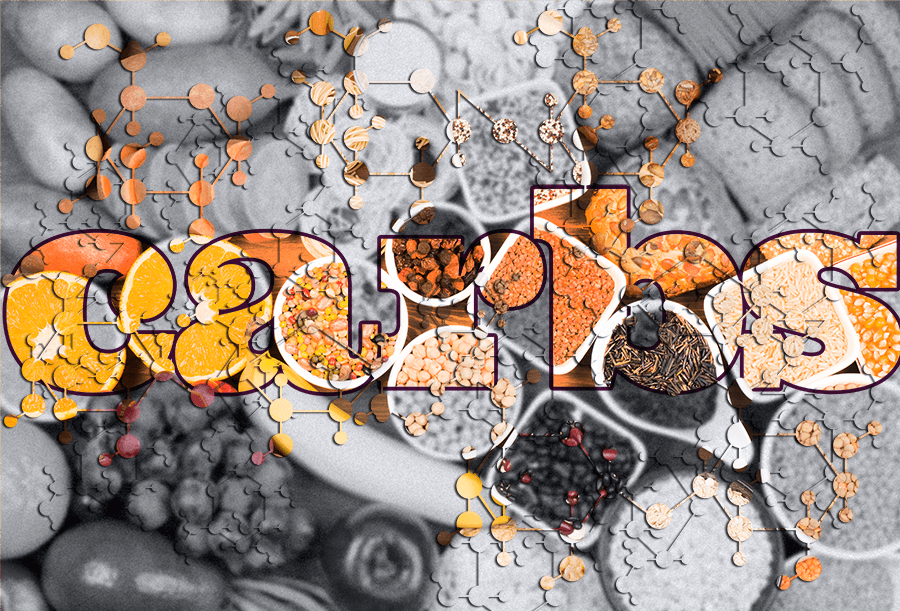 05 Oct Whole vs. Refined Carbs: The Good, the Bad, and the Difference

The amount of carbs we should consume is a highly debated topic.

Dietary guidelines suggest that we get about half of our calories from carbohydrates.

On the other hand, some claim that carbs may lead to obesity and type 2 diabetes, and that most people should limit them in their diets.

While there are good arguments on both sides, there is no denying that our bodies need carbohydrates to function properly. So this week, let’s take a detailed look at carbs, their health effects, and how you can make the best choices for yourself.

Primer: What are carbs?

Carbs, or carbohydrates, are molecules that have carbon, hydrogen, and oxygen atoms.

In nutrition, the word “carbs” refers to one of the three macronutrients. The other two are protein and fat.

1Sugars — These are sweet, short-chain carbohydrates found in foods. Examples are glucose, fructose, galactose, and sucrose.

2Starches — These are long chains of glucose molecules, which eventually get broken down into glucose in the digestive system.

3Fiber — Humans cannot digest fiber, but the bacteria in the digestive system can make use of some types. Plus, eating fiber is vital to your overall health.

One of the primary purposes of carbohydrates in our diet is to provide fuel for our bodies.

Most carbs get broken down or transformed into glucose, which can be used as energy. Carbs can also be turned into fat (stored energy) for later use.

Fiber is an exception. It doesn’t provide energy directly, but it does feed the friendly bacteria in the digestive system. These bacteria can use the fiber to produce fatty acids that some of our cells can use as energy.

Sugar alcohols are also classified as carbohydrates. They taste sweet but usually don’t provide many calories. They don’t tend to be nutritive.

Though there is a lot of information floating around about carbs, keep in mind that not all carbs are created equal.

There are many different types of carbohydrate-containing foods, and they can vary in their health effects.

Carbs are sometimes referred to as “simple” versus “complex” or “whole” versus “refined.”

Whole carbs are minimally processed and contain the fiber found naturally in the food.

Examples of whole carbs include:

Refined carbs have been processed more and have had the natural fiber removed or changed.

Refined carbohydrates tend to cause spikes in blood sugar levels, which can lead to a subsequent crash that can trigger hunger and lead to food cravings. 4 5

There are also added sugars, which should be limited as diets high in added sugars are linked to an increased risk of many different chronic diseases. 6 7 8 9

While it is important to limit refined carbs and added sugars, whole carbs should be a part of a balanced diet.

Whole food sources of carbohydrates are loaded with nutrients and fiber and don’t cause the same spikes and dips in blood sugar levels.

Numerous studies on high fiber carbohydrates, including vegetables, fruits, legumes, and whole grains, show that eating them is linked to improved metabolic health and a lower risk of disease. 10 11 12 13 14

TL;DR
Not all carbs are created equal. Refined carbs are linked to obesity and metabolic diseases, but whole carbohydrates, which are minimally processed, have many health benefits.

No discussion about carbs is complete without mentioning low carb diets.

These types of diets restrict carbohydrates while allowing plenty of protein and fat.

Though there are studies that indicate that low carb diets can help you lose weight, research tends to focus on those who have obesity, metabolic syndrome, and/or type 2 diabetes.

Some of these studies show that low carb diets can promote weight loss and lead to improvements in various health markers, including HDL “good” cholesterol, blood sugar, blood pressure, and others when compared with the standard “low fat” diet. 15 16 17 18 19

However, a review of more than 1,000 studies found that while there were positive outcomes with low carb diets less than and at 6–11 months, there wasn’t a significant effect on cardiovascular risk factors after 2 years. 20

Additionally, a National Health and Nutrition Examination Survey conducted from 1999–2010 that analyzed low carb diets and the risk of death found that those who ate the least amount of carbs tended to die prematurely from any cause, including stroke, cancer, and coronary heart disease. 21 22 23

TL;DR Just because low carb diets can be useful for weight loss for some individuals, they’re not the answer for everyone.

Limiting carbs for weight loss is a myth

“Carbs” are not the cause of obesity

Though limiting your carbs can lead to weight loss, it doesn’t mean that eating carbs in and of itself is what caused weight gain in the first place.

This is actually a myth that’s been debunked.

While it’s true that added sugars and refined carbs are linked to an increased chance of developing obesity, the same is not true of fiber-rich, whole-food sources of carbohydrates.

In fact, humans have been eating carbs for thousands of years, in some form or another.

Yet the rate of developing obesity started growing around the mid-20th century with an uptick around 1980 when 4.8 percent of men and 7.9 percent of women had obesity.

Today, our numbers have increased exponentially and 42.4 percent of adults have obesity. 24

It’s also worth noting that some populations have remained in excellent health while eating a high carb diet.

The Okinawan people and the Kitavan islanders, who consume a significant portion of their daily calorie intake from carbohydrates, have some of the longest lifespans. 25

What they have in common is they eat real, unprocessed foods.

However, populations that consume a large amount of refined carbohydrates and processed foods tend to have a higher chance of developing negative health outcomes.

TL;DR
Humans have been eating carbs long before the obesity epidemic, and there are many examples of populations that have remained in excellent health while eating diets high in carbs.

Carbs are not “essential,” but aren’t always unhealthy, either

Many people following a low carb diet claim that carbs are not an essential nutrient.

This may be true to an extent, but they’re a critical component of a balanced diet.

Some believe that the brain doesn’t need the recommended 130 grams of carbohydrates per day. While some areas of the brain can use ketones, the brain relies on carbohydrates to provide its fuel. 26 27

Furthermore, the nutrition carb-containing foods, such as vegetables and fruits, provide offer a variety of health benefits.

Although it’s possible to survive even on a zero-carb diet, it’s probably not an optimal choice because you’re missing out on plant foods that science has shown to be beneficial. Additionally, that extremely restrictive diet shouldn’t be something that is embarked upon without speaking with your doctor.

However, many carb-rich plant foods are loaded with beneficial nutrients, so avoiding them may not leave you feeling your best.

TL;DR
Carbohydrates are not an “essential” nutrient.

How to make the right choices

As a general rule, carbohydrates in their natural, fiber-rich form are healthy, while those stripped of their fiber are not.

Instead of thinking of carbs as either “good” or “bad,” focus on increasing whole and complex options over those that are heavily processed

If it’s a whole, single-ingredient food, then it’s probably a healthy food for most people, no matter what the carbohydrate content is.

Instead of thinking of carbs as either “good” or “bad,” focus on increasing whole and complex options over those that are heavily processed. It is better to focus on what you are gaining instead of what it feels like you may be giving up.

Things are rarely ever black and white in nutrition. But the following foods are a better source of carbs.

These foods may be acceptable in moderation for some people, but many will do best by limiting them as much as possible.

Low carb is great for some, but not all

There is no one-size-fits-all solution in nutrition.

The “optimal” carbohydrate intake depends on numerous factors, such as:

If you’re overweight or have medical conditions such as metabolic syndrome and/or type 2 diabetes, you may be carbohydrate sensitive.

In this case, reducing carbohydrate intake is likely beneficial.

On the other hand, if you’re just trying to stay healthy, there’s probably no reason for you to avoid “carbs.” However, it’s still important to eat whole, single-ingredient foods as much as possible.

If your body type is naturally lean and/or you’re highly physically active, you may even function much better with plenty of carbs in your diet.

For more information about the amount of carbs that’s right for you, give one of our PHMP Health Coaches a call at 1-855-498-4643, or talk to your doctor.