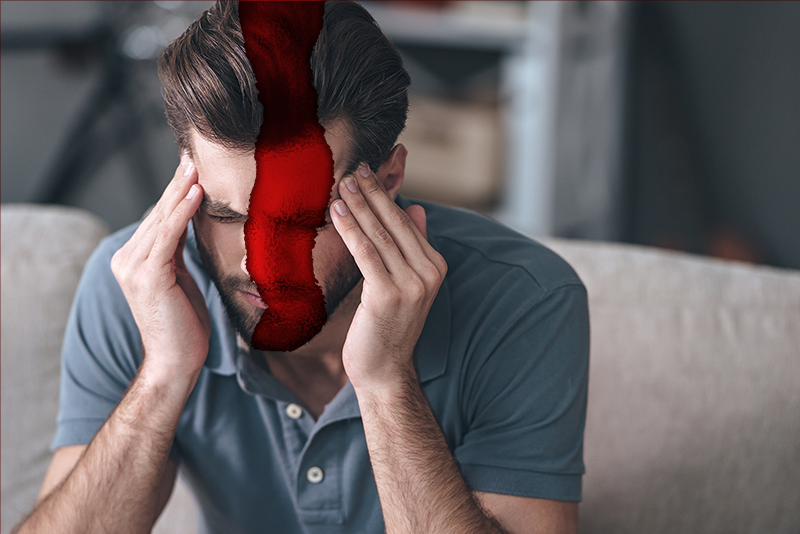 Many people experience anxiety at some point in their lives.

In fact, anxiety is a very normal response to stressful life events like moving, changing jobs or having financial troubles.

However, when symptoms of anxiety become larger than the events that triggered them and begin to interfere with your life, they could be signs of an anxiety disorder.

Anxiety disorders can be debilitating, but they can be managed with proper help from a medical professional. Recognizing the symptoms is the first step.

Here are 11 common symptoms of an anxiety disorder, as well as how to reduce anxiety naturally and when to seek professional help.

One of the most common symptoms of an anxiety disorder is excessive worrying.

The worrying associated with anxiety disorders is disproportionate to the events that trigger it and typically occurs in response to normal, everyday situations. 1

To be considered a sign of generalized anxiety disorder, the worrying must occur on most days for at least six months and be difficult to control. 2

The worrying must also be severe and intrusive, making it difficult to concentrate and accomplish daily tasks.

People under the age of 65 are at the highest risk of generalized anxiety disorder, especially those who are single, have a lower socioeconomic status and have many life stressors. 3

TL;DR
Excessive worrying about daily matters is a hallmark of generalized anxiety disorder, especially if it is severe enough to interfere with daily life and persists almost daily for at least six months. 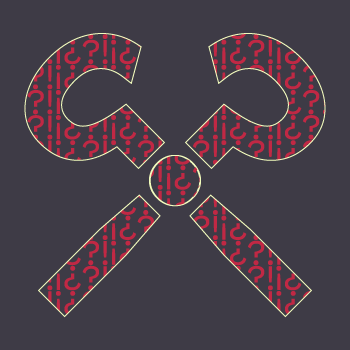 When someone is feeling anxious, part of their sympathetic nervous system goes into overdrive.

This kicks off a cascade of effects throughout the body, such as a racing pulse, sweaty palms, shaky hands and dry mouth 4.

These symptoms occur because your brain believes you have sensed danger, and it is preparing your body to react to the threat.

Your body shunts blood away from your digestive system and toward your muscles in case you need to run or fight. It also increases your heart rate and heightens your senses 5.

While these effects would be helpful in the case of a true threat, they can be debilitating if the fear is all in your head.

TL;DR
A rapid heartbeat, sweating, shaking and dry mouth are all common symptoms of anxiety. People with anxiety disorders may experience this type of arousal for extended periods of time.

Restlessness is another common symptom of anxiety, especially in children and teens.

When someone is experiencing restlessness, they often describe it as feeling “on edge” or having an “uncomfortable urge to move.”

One study in 128 children diagnosed with anxiety disorders found that 74% reported restlessness as one of their main anxiety symptoms 8.

While restlessness does not occur in all people with anxiety, it is one of the red flags doctors frequently look for when making a diagnosis.

If you experience restlessness on the majority of days for more than six months, it may be a sign of an anxiety disorder 9.

TL;DR
Restlessness alone is not enough to diagnose an anxiety disorder, but it can be one symptom, especially if it occurs frequently.

This symptom can be surprising to some, as anxiety is commonly associated with hyperactivity or arousal.

For some, fatigue can follow an anxiety attack, while for others, the fatigue can be chronic.

It’s unclear whether this fatigue is due to other common symptoms of anxiety, such as insomnia or muscle tension, or whether it may be related to the hormonal effects of chronic anxiety 10.

However, it is important to note that fatigue can also be a sign of depression or other medical conditions, so fatigue alone is not enough to diagnose an anxiety disorder 11.

TL;DR
Fatigue can be a sign of an anxiety disorder if it is accompanied by excessive worrying. However, it can also indicate other medical disorders.

Many people with anxiety report having difficulty concentrating.

One study including 157 children and teens with generalized anxiety disorder found that more than two-thirds had difficulty concentrating 12.

Another study in 175 adults with the same disorder found that almost 90% reported having difficulty concentrating. The worse their anxiety was, the more trouble they had 13.

Some studies show that anxiety can interrupt working memory, a type of memory responsible for holding short-term information. This may help explain the dramatic decrease in performance people often experience during periods of high anxiety 14 15.

However, difficulty concentrating can also be a symptom of other medical conditions, such as an attention deficit disorder or depression, so it is not enough evidence to diagnose an anxiety disorder.

TL;DR
Difficulty concentrating can be one sign of an anxiety disorder, and it is a reported symptom in the majority of people diagnosed with generalized anxiety disorder.

According to one recent study including over 6,000 adults, more than 90% of those with generalized anxiety disorder reported feeling highly irritable during periods when their anxiety disorder was at its worst 16.

Compared to self-reported worriers, young and middle-aged adults with generalized anxiety disorder reported more than twice as much irritability in their day-to-day lives 17.

Given that anxiety is associated with high arousal and excessive worrying, it is not surprising that irritability is a common symptom.

TL;DR
Most people with generalized anxiety disorder report feeling highly irritable, especially when their anxiety is at its peak.

Having tense muscles on most days of the week is another frequent symptom of anxiety.

While tense muscles may be common, it’s not fully understood why they’re associated with anxiety.

Interestingly, treating muscle tension with muscle relaxation therapy has been shown to reduce worry in people with generalized anxiety disorder. Some studies even show it to be as effective as cognitive behavioral therapy 18 19.

TL;DR
Muscle tension is strongly linked to anxiety, but the direction of the relationship is not well understood. Treating muscle tension has been shown to help reduce symptoms of worry. 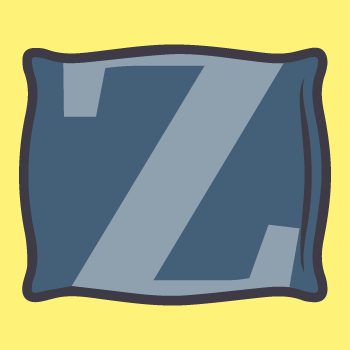 Waking up in the middle of the night and having trouble falling asleep are the two most commonly reported problems 24.

Some research suggests that having insomnia during childhood may even be linked to developing anxiety later in life 25.

A study following nearly 1,000 children over 20 years found that having insomnia in childhood was linked to a 60% increased risk of developing an anxiety disorder by age 26 26.

What is known is that when the underlying anxiety disorder is treated, insomnia often improves as well 29.

Panic attacks produce an intense, overwhelming sensation of fear that can be debilitating.

Panic attacks can happen in isolation, but if they occur frequently and unexpectedly, they may be a sign of panic disorder.

An estimated 22% of American adults will experience a panic attack at some point in their lives, but only about 3% experience them frequently enough to meet the criteria for panic disorder 31. 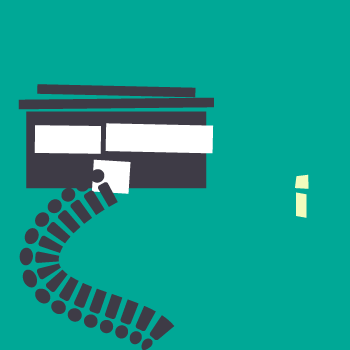 You may be exhibiting signs of social anxiety disorder if you find yourself:

Social anxiety disorder is very common, affecting roughly 12% of American adults at some point in their lives 32.

People with social anxiety may appear extremely shy and quiet in groups or when meeting new people. While they may not appear distressed on the outside, inside they feel extreme fear and anxiety.

This aloofness can sometimes make people with social anxiety appear snobby or standoffish, but the disorder is associated with low self-esteem, high self-criticism and depression 34.

Extreme fears about specific things, such as spiders, enclosed spaces or heights, could be a sign of a phobia.

A phobia is defined as extreme anxiety or fear about a specific object or situation. The feeling is severe enough that it interferes with your ability to function normally.

Some common phobias include:

Agoraphobia is another phobia that involves fear of at least two of the following:

Phobias affect 12.5% of Americans at some point in their lives. They tend to develop in childhood or the teenage years and are more common in women than men 35 36.

TL;DR
Irrational fears that interrupt daily functioning may be a sign of a specific phobia. There are many types of phobias, but all involve avoidance behavior and feelings of extreme fear.

There are many natural ways reduce anxiety and help you feel better, including:

When to Seek Professional Help

Anxiety can be debilitating, so it’s important to seek professional help if your symptoms are severe.

If you feel anxious on the majority of days and experience one or more of the symptoms listed above for at least six months, it may be a sign of an anxiety disorder.

Regardless of how long you have been experiencing symptoms, if you ever feel like your emotions are interfering with your life, you should seek professional help.

Licensed psychologists and psychiatrists are trained to treat anxiety disorders through a variety of means.

This often includes cognitive behavioral therapy, anti-anxiety medications or some of the natural therapies listed above.

Working with a professional can help you manage your anxiety and reduce your symptoms as quickly and safely as possible.

TL;DR
If you are experiencing chronic symptoms of anxiety that are interfering with your life, it is important to seek professional help.

Anxiety disorders are characterized by a variety of symptoms.

One of the most common is excessive and intrusive worrying that disrupts daily functioning. Other signs include agitation, restlessness, fatigue, difficulty concentrating, irritability, tense muscles and trouble sleeping.

Regardless of which type of anxiety you may have, there are many natural solutions you can use to help relieve it while working with a licensed healthcare professional.