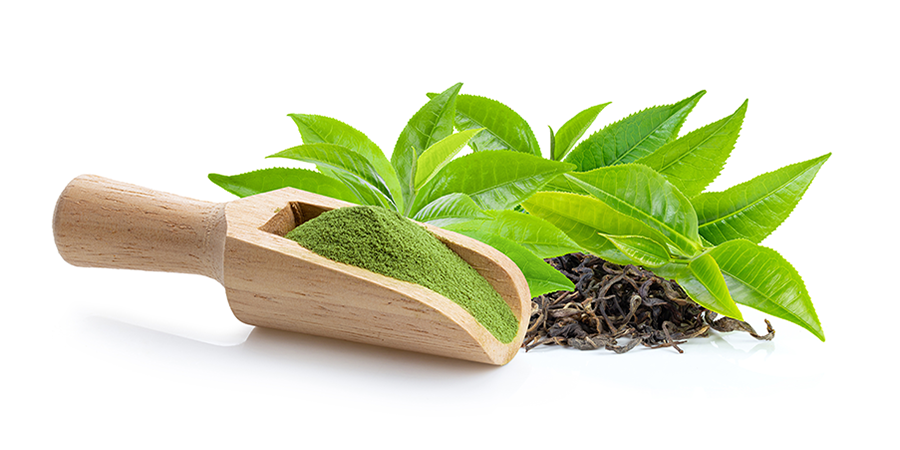 11 May The Awesome Power of Green Tea

Green tea is touted to be one of the healthiest beverages on the planet. It’s loaded with antioxidants and boasts many health benefits.

Here’s a collection of 5 benefits of green tea:

Green tea does more than just keep you alert, it may also help boost brain function.

The key active ingredient is caffeine, and while it doesn’t contain as much as coffee, it does have enough to produce a response without causing the jittery effects associated with taking in too much caffeine.

Research has consistently shown that caffeine can improve various aspects of brain function, including mood, vigilance, reaction time, and memory.

Caffeine isn’t the only brain-boosting compound in green tea. It also contains an amino acid called L-theanine, which has anti-anxiety effects. It also increases dopamine in the brain—that awesome stuff that makes you happy.

Studies show that caffeine and L-theanine can have synergistic effects. This means that the combination of the two can have particularly powerful effects in improving brain function.

Many people report having more stable energy and being much more productive when they drink green tea, compared with coffee.

TL;DR
Green tea contains less caffeine than coffee but enough to produce an effect. It also contains an amino acid that works synergistically with caffeine to improve brain function.

If you look at the ingredients list for any fat burning supplement, chances are, green tea will be on there.

This is because, according to research, green tea can increase fat burning and boost metabolic rate.

One study found that taking green tea extract increased the number of calories burned by 4%. Another study saw increased fat burning rates by 17%.

Green tea is an excellent source of powerful antioxidants, and antioxidants can help protect against chronic inflammation, which can lead to chronic diseases, including cancers.

Research has linked green tea compounds with a reduced risk of cancer, including:

To get the most health benefits, avoid adding milk to your tea. Milk may reduce the antioxidant value in some teas.

TL;DR
Green tea has powerful antioxidants that may protect against cancer. Multiple studies show that green tea drinkers have a lower risk of various types of cancer.

4 May protect the brain from aging

Not only can green tea improve brain function in the short term, it may also protect your brain as you age.

Alzheimer’s disease is a common neurodegenerative disease and the most common cause of dementia in older adults.

Parkinson’s disease is another common neurodegenerative disease and involves the death of dopamine-producing neurons in the brain.

Several studies show that green tea compounds can have various protective effects on neurons in test tubes and animal models, possibly lowering the risk of dementia.

TL;DR
The bioactive compounds in green tea can have various protective effects on the brain. They may reduce the risk of dementia, a common neurodegenerative disorder in older adults.

The rates of type 2 diabetes are increasing in recent decades. The condition now affects about 1 in 10 Americans.

One study in Japanese individuals found that those who drank the most green tea had an approximately 42% lower risk of type 2 diabetes.

TL;DR
Some controlled studies show that green tea may cause mild reductions in blood sugar levels. It may also lower the risk of type 2 diabetes.

Green tea has a range of possible health benefits.

To help you feel better, lose weight, and lower your risk of chronic diseases, you may want to consider making green tea a regular part of your life.