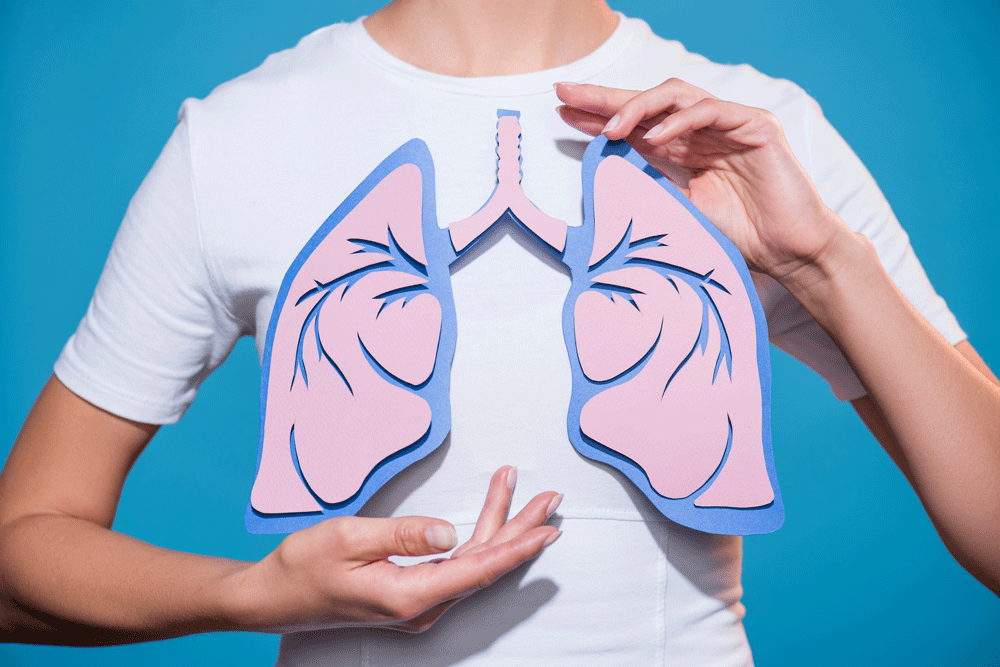 Keeping your lungs healthy is essential to feeling your best.

But some very common factors — including exposure to cigarette smoke, environmental toxins, and inflammatory diets — can take a toll on your lungs.

Research has shown that lifestyle modifications, including following a nutrient-rich diet, can help protect your lungs and even reduce lung damage and symptoms of disease.

What’s more, specific nutrients and foods have been identified to be particularly beneficial for lung function.

This list of great foods that help boost your lung power may seem tailored for smokers and those with compromised lungs. But with COVID-19 being a primarily respiratory illness, healthy lungs are important for everyone right now.

Beetroot supplements have been shown to improve physical performance and lung function in people with lung conditions, including Chronic obstructive pulmonary disease (COPD) and pulmonary hypertension, a disease that causes high blood pressure in the lungs.

Peppers are amongst the richest sources of vitamin C, a water-soluble nutrient that acts as a powerful antioxidant in your body. Getting enough vitamin C is especially important for those who smoke.

Due to the damaging effects of cigarette smoke on your body’s antioxidant stores, it’s recommended that people who smoke consume an extra 35 mg of vitamin C per day.

Apple intake has also been linked to a lower risk of asthma and lung cancer. This may be due to the high concentration of antioxidants in apples, including flavonoids and vitamin C.

The brightly colored flesh of pumpkins contains a variety of lung-health-promoting plant compounds. They’re especially rich in carotenoids, including beta carotene, lutein, and zeaxanthin — all of which have powerful antioxidant and anti-inflammatory properties.

Studies show that having higher blood levels of carotenoids is associated with better lung function in both older and younger populations.

Tomatoes and tomato products are among the richest dietary sources of lycopene, a carotenoid antioxidant that has been associated with improved lung health.

A 2019 study in 105 people with asthma demonstrated that a diet rich in tomatoes was associated with a lower prevalence of poorly controlled asthma. Plus, tomato intake is also associated with a slower decline in lung function in ex-smokers.

We’ve talked a lot about blueberries. It’s one of those superfoods that does just about everything — and that includes helping lung function.

Blueberries are a rich source of anthocyanins, including malvidin, cyanidin, peonidin, delphinidin, and petunidin. Anthocyanins are powerful pigments that have been shown to protect lung tissue from oxidative damage.

Green tea is a beverage that has impressive effects on health.

Among its many healthy properties, green tea includes epigallocatechin gallate (EGCG) is a catechin concentrated in green tea. It boasts antioxidant and anti-inflammatory properties and has been shown to inhibit fibrosis or scarring of tissues.

Pulmonary fibrosis is a disease characterized by progressive, lung-function-compromising scarring of lung tissue. Some research shows that EGCG may help treat this disease.

Consuming olive oil may help protect against respiratory conditions like asthma. Olive oil is a concentrated source of anti-inflammatory antioxidants, including polyphenols and vitamin E, which are responsible for its powerful health benefits.

For example, a study that included 871 people found that those who had high olive oil intake had a reduced risk of asthma.

In addition to boosting your energy levels, your morning cup of coffee may help protect your lungs. Coffee is packed with caffeine and antioxidants, which may be beneficial for lung health.

Research shows that coffee intake may help improve lung function and protect against respiratory diseases. For example, caffeine acts as a vasodilator, meaning it helps open blood vessels, and it may help reduce symptoms in people with asthma, at least in the short term.

Cocoa and cacao products like dark chocolate are high in flavonoid antioxidants and contain a compound called theobromine, which helps relax the airways in the lungs.

Cocoa intake has been associated with a lower risk of allergic respiratory symptoms and may help protect against lung cancer.

A study that included 55,000 people found that those with higher flavonoid consumption from foods, including chocolate products, had better lung function than people who had diets low in flavonoids.