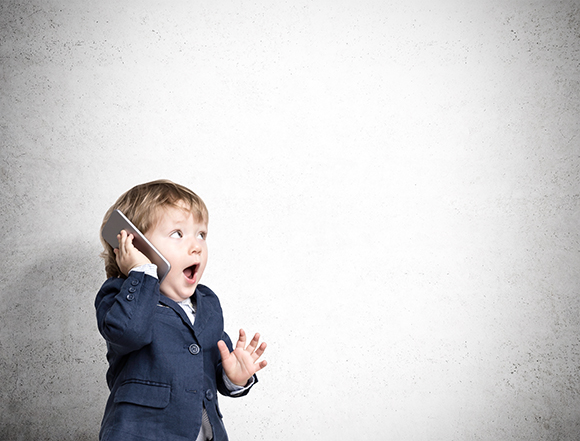 Even if most teens aren’t suffering from a true addiction to their phones, they may be experiencing altered childhoods because of the technology.

Colleen Hartz’s daughter is 19 years old and is rarely ever seen without her phone in hand. “She uses it for everything,” the mom from Alabama recently told Healthline. “She keeps her calendar on there, she uses the notes part, she loves listening to music on it. She also primarily communicates with friends through text and Snapchat. There are many days she doesn’t have a real conversation with anyone.”

Hartz isn’t alone in what she’s witnessing. A recent report released by Common Sense Media found that 72 percent of teens feel as though they need to immediately respond to notifications from their phone, and 59 percent of parents feel their teens are addicted to their mobile devices.

Those numbers are steep and concerning, but the good news is, they also might be a little exaggerated.

According to AAP pediatrician Dr. David Hill (chair of the AAP Council on Communications and Media), a true phone addiction really comes down to compulsive behavior. “Is the kid getting enough sleep? Exercise? Actual face time with friends and family? Is homework getting done? These are the questions you need to ask. Any kind of compulsive activity, whether it be gambling or internet use, really boils down to the displacement of other things. What’s not happening if this is happening? It’s hard to make a case for addiction if the kid is getting everything else done.”

Still, true addictions to phones and devices do happen. “There’s an actual definition of [this] disorder,” he told Healthline. “Problematic Internet Use (PIU). Then there is also Internet Gaming Disorder. The researchers who look at these two issues think the percentage of those affected is under 10 percent. Maybe as much as 8 percent for PIU, but that’s probably on the high end.”

However, even if most teens aren’t suffering from a true addiction to their phones, they may be experiencing altered childhoods because of the technology available to them.

According to a study published last year in the journal of Child Development, teens today are experiencing a slower path to embracing adult responsibilities than ever before. And the researchers concluded that cell phone and tablet engagement was at least partially to blame. Because with social connection always just a few clicks away, teens today are less likely to leave their homes and seek that connection in the “real” world.

Even when they are out in the world, many still experience a difficult time detaching from their phones. It’s a phenomenon Melissa Bragg, a mom in Virginia, has noticed when out with her teen daughter. “Some of her friends stay on their phones constantly, even at youth events,” she recently told Healthline. “They can’t put their phones away for anything.”

This type of behavior is really what pushes up against true addiction. And it’s something Sandra Windham, a teacher from Texas, has noticed in her classroom as well. “Most kids just have a bad habit, not a true addiction,” she told Healthline. “The ones with a legitimate addiction cannot and will not follow the rules.”

John Mopper is an adolescent therapist with Blueprint Mental Health in Somerville, New Jersey. As he explained it, “Our brains are doing exactly what they are made to do. When we’re born, our brains are like a hard drive, constantly updating and filing away new experiences. We’re hardwired to move toward pleasure and away from consequence. Studies have shown how notifications on our phones can send a hit of dopamine. After a while, our brain associates that with pleasure. And for some kids and adults alike, seeking out that hit of dopamine can become compulsive.”

Unfortunately, it’s not as simple as our phones making us feel better. While the immediate gratification may provide that dopamine hit that drives us (and our teens) back to our devices again and again, some research has suggested the long-term impact could actually be quite negative.

In fact, a 2017 study in the Clinical Psychological Science journal found that for adolescents in grades 8 through 12, increased time on new media (to include social media and smartphones) led to an increased rate of depressive symptoms, suicide-related outcomes, and suicide rates.

While researcher Jean Twenge has been quick to acknowledge that correlation does not equal causation, she does think these results should serve as a warning to parents.

When it comes to phones and our constant connection to the internet, it’s possible to have too much of a good thing.

It’s not just teens that are experiencing this constant need to connect with their phones, though. As Windham explained, parents are often part of the problem.

“Parents constantly text kids throughout the day and kids get very anxious if they are unable to answer them,” she told Healthline. “The content of the texts is almost never school related, though. Even during our state testing, when strict rules go into place about phone usage, parents call the school and demand their kids get their phone back. And when I call parents to report bad behavior or grades due to phone use, the phone is rarely taken away as a consequence.”

Bragg readily admits that right now, she is more addicted to her phone than her kids. “I know I’m addicted to my phone,” she told Healthline. “Being a stay-at-home homeschooling mom, I really feel isolated from other adults much of the time. Social media probably accounts for 90 percent of my socialization. I’ve joined way too many Facebook groups and I am constantly just scrolling through them. It can get in the way of me taking care of my household responsibilities. Sometimes I’ll be so engrossed in a conversation happening online that an hour or more goes by and I haven’t moved.”

She’s not alone in that struggle. “I’m guilty too,” Mopper told Healthline. “I have to work hard to not constantly go on my phone. And I’m a therapist. I’m an adult. It’s hard.”

Mopper suggested parents start early to teach kids a different way. “It’s really about being able to have a relationship with your kids where they’re brought up doing other things, [teaching them] from a time when they are really young that there are other things in life that are important.”

He added, “Young kids are like sponges, and every experience they have can have a huge impact on them. Screen time at that point should be a privilege. Be concrete and set limits from the very beginning.”

Dr. Hill thinks it’s also about involving kids in those conversations. “There are a lot of reasons a parent might introduce those devices. There’s no one right age, because, depending on your reasons for introducing them, the right age may vary. So, my first question is always, ‘Why does your child need this device?’ Once you’ve answered that question, you can set rules. It’s much easier to start doing that from the very beginning than it is to roll back their access once you’ve already given them free reign.”

“The good news,” he went on to explain, “is that kids can be very good partners in setting realistic expectations. They may push back a little, but you can involve them in those conversations. You can ask them about what rules seem right, and what the consequences should be for breaking those rules.”

He added that the AAP Family Media Plan tool can be a great resource for creating a plan that works for your family.

For her part, Bragg has taken steps to ensure her 15-year-old daughter doesn’t experience the same reliance on her phone that she herself has struggled with. “We have set specific times that she can be on her phone and she has things she has to do daily before she can have access to it,” Bragg said, adding her daughter is not allowed to have her phone in her room overnight and is limited one social media account on Instagram.

When her 5-year-old started exhibiting problem behaviors regarding his tablet, she took action there as well. “We had started letting him watch Netflix on the tablet so that we could continue to watch what we wanted on the living room television. Before we knew it, he had it on all the time,’ Bragg said. “We tried just limiting the time he was on it, but when it was time to put it up he would have a fit and completely melt down. So, we ultimately decided that he just couldn’t use it at all.”

Hartz and her family have taken even further steps in their efforts to reduce the draw of phones and other screens in their home. “It’s sad to me that people no longer live life for themselves,” she told Healthline. “It’s more like we do what we can for a photo op for Instagram or Facebook.”

Explaining that she wants a different experience for her kids, she talked about the limits she’s placed on her son’s phone (restricted to an hour of use a day, with the phone automatically shutting off during school hours and at 9 pm every night). She also told Healthline about a recent trip where her kids were only allowed to look at their phones for 20 minutes before they went to bed.

For parents hoping to help their kids balance life online and in the real word, experts seem to agree with the Hartz family approach. Limiting screen time and building connections with real face-to-face interactions is the best way to keep technology from becoming a terror.

And that’s not just true for teens. If you’re starting to feel a little too attached to your own phone, it may be time to step outside, grab lunch with a friend, and reconnect with reality.