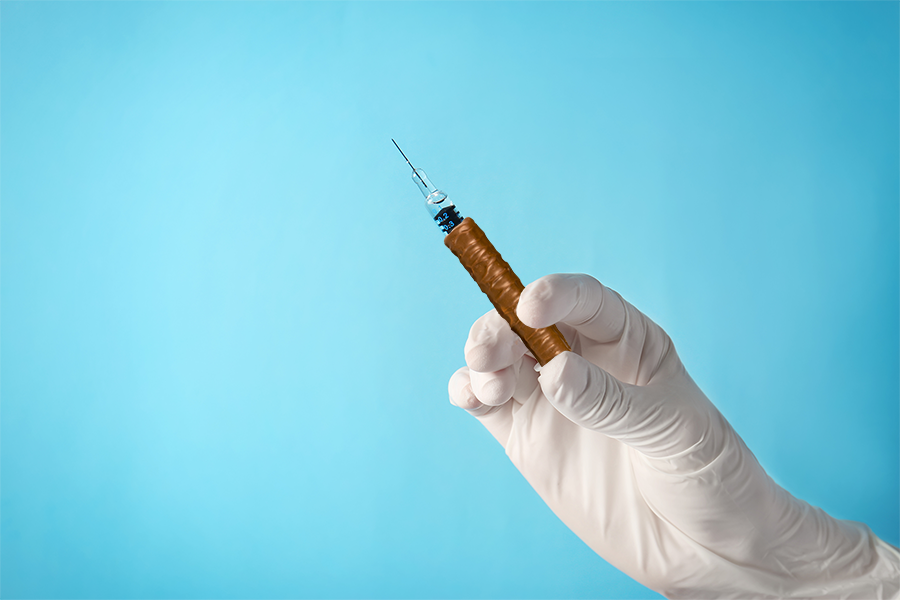 15 Oct Quitting Junk Food: How Difficult Is It Really?

This week, we’re going to look at quitting junk food, and a controversial study that equated kicking sweets with opioid withdrawals.

We all have some guilty-pleasure junk foods: French fries, pizza, sweets.

Sometimes, it can be hard to cut these unhealthy treats from our diets, and now, new research out of the University of Michigan might suggest why that’s the case. Quitting highly processed junk food can result in symptoms of withdrawal that are a lot like those experienced by people who are addicted to drugs.

“One of the frequent criticisms was that there have not been studies in humans to investigate whether withdrawal, a key feature of addiction, can occur when persons cut down on junk food. Our group was motivated to develop this measure of assessing withdrawal-type symptoms in the context of junk foods in order to chip away at this gap in the literature,” the study’s lead author Erica Schulte, a psychology doctoral candidate at the University of Michigan, told Healthline.

“We believe that the findings do provide initial support for the relevance of withdrawal when cutting down on highly processed junk foods, which lends further support to the plausibility of a ‘food addiction’ for some individuals.”

Nevertheless, she noted that, “The idea that some individuals might experience addictive-like responses to highly processed junk food remains a controversial idea.”

Schulte and her colleagues asked 231 adult participants to report any physical and psychological withdrawal symptoms they might have experienced after having cut down on or abstained from junk foods over the past year.

If they had multiple attempts to quit, they were asked to report their most recent one. They were then asked to report if they showed any of the kinds of withdrawal symptoms that a person has when they try to cut down on nicotine and cannabis use.

Beyond this, they were asked if their attempts to cut down on or remove the foods from their diets were successful, and how they determined what that “success” was.

These people reported that they experienced sadness, tiredness, cravings, and increased irritability in the first two to five days after quitting junk food. These symptoms eventually cooled off after those initial few days.

“This demonstrates that withdrawal may be a relevant contributor for why individuals have such a difficult time cutting down on junk food,” she added.

What junk food does to your brain 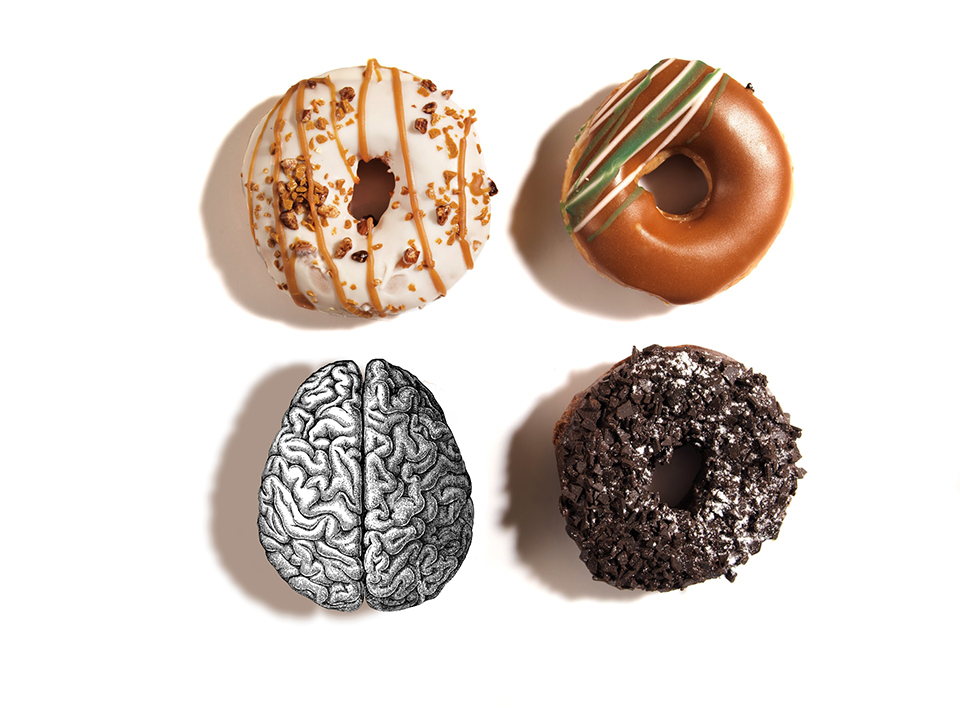 Dr. Vijaya Surampudi, assistant professor of medicine in the division of human nutrition at the University of California, Los Angeles (UCLA), told Healthline that the kinds of processed items we think of that fall under “junk food” are usually high in four addictive things — salt, fat, caffeine, and sugar.

She said sugar, for instance, generates dopamine, a neurotransmitter that delivers messages to the “rewards center” in the brain. Think of dopamine as handing your brain a reminder that it needs to repeat the pleasurable activity that just gave it a boost.

The signal sent out by the dopamine when you consume sugar tricks your brain into thinking that it needs to seek out the cause of pleasure — in this case, a sugary tasty treat — over other, healthier activities.

“You start eating more and more to get that same feeling you had that was pleasurable,” Surampudi explained. “Imagine sugar, soda, and caffeine all stimulating the rewards center, constantly telling you that you want more and more of these substances.”

Limitations of the research

The current report didn’t look at these brain responses. It is a self-reported study that requires participants to recall what happened to them, and didn’t measure these withdrawal effects in real time.

Schulte acknowledged this, adding that one of the “limitations” of her study was that it focused on asking people to think back to their most recent attempt at cutting out these foods.

She said as a next step in her research, she would like to administer the self-reporting tool to these people on a daily basis while they are cutting these foods out of their diets.

“This will provide more insight into which symptoms are most implicated and how their intensity changes over time,” she said. “I also believe that the clinical implications for this work present opportunities for more research. For instance, it would be useful to examine whether greater experience of withdrawal when cutting down on junk foods is associated with poorer treatment outcomes, like dietary adherence and weight loss.”

Dr. Carol A. Bernstein, a professor of psychiatry and neurology at NYU Langone Health, told Healthline that she is always wary when she comes across studies of this kind.

She’s skeptical that the feeling you get when you miss eating popcorn or chocolate is exactly the same as what happens to your brain’s circuitry when you are experiencing withdrawal from something like cocaine, for instance.

She added that she worries that studies like this — and the headlines generated around them — might “trivialize the seriousness of other addictions.”

“It is scientifically proven that demonstrated addiction to opiates and heroin and cocaine and alcohol all have dangerous, serious health consequences,” Bernstein stressed. “These things hijack the brain. I don’t know if that is the same as someone missing their chocolate.”

For her, if you are concerned about the temptation unhealthy food options in your supermarket pose and want to know how to cast them out from your life, consult your physician and nutritionist if you have one.

What to know about a junk food ‘detox’

So, what if you just want to eat healthier but are finding it hard to quit these foods?

Surampudi said that “detoxing” from junk food can be hard, but if you are struggling with trying to stay healthy, remind yourself that “you will have this, just not today.”

“The minute we completely take something away, we put ourselves in a negative mind frame,” she said. “It’s important to tell yourself more positive affirmation: ‘I will have it, just not today.’ Some people prefer to wean off junk food rather than quit cold turkey. That’s okay, too. It works, but just might take longer.”

She suggested that someone trying to gradually eliminate these foods, space out their efforts. Instead of having two sodas every day, cut it down to one, and then gradually space out your consumption over the course of the week.

If the new study shows anything, it’s that the first few weeks of axing junk food from your life will be hard.

“I always tell people, ‘the first couple of weeks are going to be hard, but it gets better, I promise,’ ” Surampudi said. “The first weeks will be tough because you are trying to regulate your blood sugar levels, balancing the insulin levels that we are thinking causes the addiction. I say start in the morning with foods that are high in protein to level out your blood glucose. That way you won’t be craving sugar throughout the day.”

She also added that you should “drink a lot of water” and “get enough sleep.”

“You have to work on those overall lifestyle factors that aren’t always directly related to the food to help manage the stress of changing your dietary patterns,” she said.