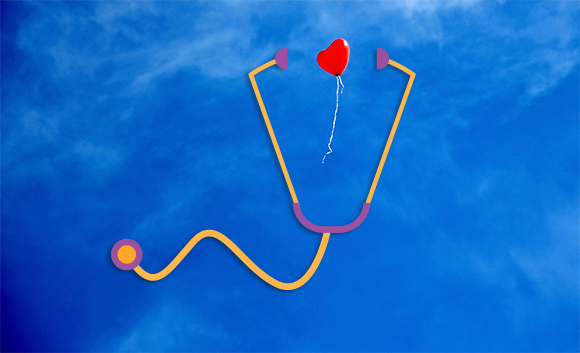 Whether you’ve been diagnosed with high cholesterol or not, it’s a good idea to keep an eye on those numbers.

Besides improving your diet, exercising is one of the most effective lifestyle changes you can make to help bring your cholesterol numbers down naturally.

Your first thought might be, “I hate running.” Or maybe you like running, but you’ve been sidelined lately because of an injury. Or maybe you don’t mind jogging, but you hate the treadmill.

No matter your thoughts on running, there are several other good exercise choices available that can help counteract the negative affects high cholesterol can have on your health.

Why exercise is effective at lowering cholesterol

Cholesterol is one of the fatty substances we have circulating in our blood. If we have too much, it can stick to the inside walls of our arteries, narrowing them and increasing risk of cardiovascular disease.

Exercise can help you lower cholesterol numbers even if you’re overweight. Researchers have found that overweight and obese adults who walked, jogged, and cycled while eating a cholesterol-lowering diet improved total cholesterol, LDL cholesterol, and triglyceride levels.

Some research has indicated that it may be that “how much” you exercise is more important than what kind of exercise you do. That means it’s worth it to incorporate more activity into your day however you can. Take a walk during your lunch hour, choose the stairs, stand up to take phone calls, or store a jump rope at your desk.

In addition, try to incorporate at least 30 minutes of structured exercise into each day. Any exercise is better than none, but the following six types have shown in studies to be effective at reducing cholesterol levels.

Whether walking is as good as running for cardiovascular health has long been the subject of debate. Especially as we get older, walking can often be a much better exercise in terms of protecting joint health.

Researchers reported good news on this in 2013 in the journal Arteriosclerosis, Thrombosis, and Vascular Biology. They compared tens of thousands of runners to an equal number of walkers. Results showed that the amount of exercise was what mattered, not the type.

People who exerted the same level of energy when exercising experienced similar benefits, whether they walked or ran. Benefits included reduced risk of high cholesterol and high blood pressure.

It takes longer to walk off calories than to run them off. If you burn 300 calories either way, though, you’ve spent about the same amount of energy. You are likely to experience similar benefits.

3 Bike to work or just for fun

Cycling expends about the same energy as jogging, but it’s easier on your joints. That’s an important thing for many people as they age. Hips and knees are vulnerable to arthritis, and we all do need to watch out for them. If you’re starting to feel some pain in these joints, it may be best to choose cycling over running.

If it’s possible to bike to work, try it. Studies have shown some positive benefits: researchers found that people who biked to work were less likely to develop high cholesterol than those who didn’t.

A second study published in Circulation found that cycling reduces risk of heart disease. A group of adults between the ages of 50–65 who regularly spent time biking had 11–18 fewer heart attacks over the period of 20 years than those who didn’t.

4 Take a few laps at the pool

Swimming is probably the most joint-saving aerobic exercise you can do. In a 2010 study, researchers compared swimming with walking in women aged 50 to 70 years. They found that swimming improved body weight, body fat distribution, and LDL cholesterol levels better than walking did.

Researchers also looked at the beneficial effects of swimming in men in the International Journal of Aquatic Research and Education. They found that swimmers had 53 percent, 50 percent, and 49 percent lower risk of dying from any cause than did men who were sedentary, walkers, or runners, respectively.

So far, we’ve been talking mostly about aerobic exercise. It is the type of exercise most commonly recommended for reducing risk of heart disease.

Some research suggests, though, that resistance training is also extremely beneficial for those with high cholesterol. Resistance training can also help you protect cardiovascular health. Scientists reported that combining resistance and aerobic exercise helped people lose more weight and fat than either of these alone. The combination also created increased cardiovascular fitness.

Don’t think you’re too old to try weight lifting. It helps people of any age. In a study based on women aged 70–87 years, those who participated in a resistance-training program for about 11 weeks had significantly lower LDL cholesterol and total cholesterol levels compared with those who didn’t.

After all this talk about aerobic exercise and lifting weights, it may seem odd that yoga would show up on the list. After all, yoga is mostly stretching, right?

Studies show, however, that yoga may reduce risk of heart disease. In some cases, it may directly affect cholesterol levels. A three-month yoga program, according to research, helped reduce total cholesterol and LDL cholesterol. It also improved HDL cholesterol levels in diabetics. The participants practiced for about one hour a day.

Most any exercise will do — If you do it often

All of these exercises are helpful for reducing cholesterol and protecting you from cardiovascular disease. You can choose which is best for you based on your overall health, joint health, and lifestyle.

There are other options, as well. If you play tennis or dance regularly, you’re likely to be expending about the same energy as someone who walks briskly or runs. The important thing is to get in at least 30 minutes of moderate-intensity exercise daily, with resistance training two times a week. Then add in more throughout your day when you can. Wherever you are, get up and move!