10 Sep Leukemia and Your Risk Factors

Leukemia is a cancer of the body’s bone marrow, which is where your blood cells are made. It’s a genetic disease, but most cases aren’t thought to be hereditary. Instead, a variety of risk factors can make you more likely to get the disease. Some of these risk factors are in your control, others aren’t.

The mutations are genetic, but usually not hereditary. This means that while leukemia is caused by mutations in your genes, these genetic abnormalities aren’t often inherited from your family. This is called an acquired gene mutation.

It’s not always known what causes these mutations. You may be genetically predisposed to developing leukemia, but lifestyle risk factors, such as cigarette smoking, can also make you more likely to develop leukemia. Other environmental factors, such as exposure to certain chemicals and radiation, could also be behind the DNA abnormalities that can cause leukemia.

What’s the difference between a genetic disease and a hereditary disease?

These two terms aren’t interchangeable, although they both refer to diseases that are caused by mutations in your genes. Let’s take a closer look. 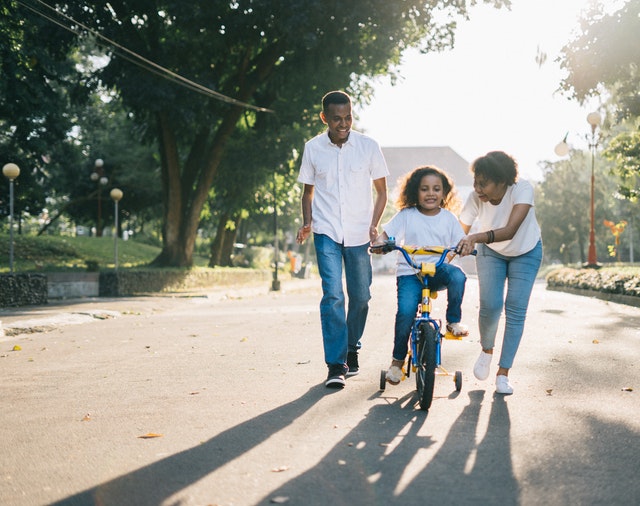 There are some types of hereditary cancers, as well. For example, breast, ovarian, colorectal, and prostate cancers have hereditary elements that may put families at risk.

What are the genetic and environmental risk factors for leukemia?

A risk factor is some element about you, your genetics, or your environment that can make you more likely to develop a disease. Disease risk factors aren’t the same thing as disease causes. Having a risk factor means that you have an increased chance of developing the disease, but you may not get the disease even if you meet the risk factors.

For example, age is often listed as a risk factor for various diseases. Aging itself isn’t the cause of the disease. What makes it a risk factor is that the disease is seen more often in older adults.

Leukemia has slightly different risk factors depending on the type. The four types of leukemia are:

Risk factors that make you more likely to develop one of these four types of leukemia are listed below.

Having certain genetic disorders can increase your risk of also developing AML and ALL. These conditions include:

This lifestyle-related factor can increase your risk of AML. This is one of the few things that you can change to help reduce your risk of leukemia.

Certain blood disorders can also put you at risk of developing AML. These include:

Frequent exposure to some chemicals increases the risk of AML, ALL, and CLL. One of the main chemicals that has been linked to leukemia is benzene. Benzene is found in:

People who have been exposed to Agent Orange, a chemical used during the Vietnam War, have an increased risk of developing CLL.

Radiation is a risk factor for AML, ALL, and CML. This means that people who have gone through cancer radiation treatments have an increased risk of leukemia.

Previous cancer treatment with certain chemotherapy drugs is also a risk factor for leukemia, such as:

The risk of developing AML and CLL increases with age.

Men are slightly more likely than women to develop all four types of leukemia.

Researchers have found that certain groups of people are more likely to develop some types of leukemia. For example, people of European descent have an increased risk of CLL. Researchers also found that leukemia is rare in people of Asian descent. These different risks are likely due to different genetic predispositions.

Leukemia is generally not considered a hereditary disease. However, having a close family member with leukemia increases your risk of chronic lymphocytic leukemia.

People with identical twins who developed acute lymphocytic leukemia before the age of 12 months also have an increased risk of that type of leukemia.

Infection with the human T-cell lymphoma/leukemia virus-1 has been found to be a risk factor for ALL. This is more commonly found in Japan and the Caribbean, according to the American Cancer Society.

What can you do to reduce your risk?

Some risk factors aren’t preventable. Even people who have no risk factors can still be diagnosed with leukemia, so there is no way to absolutely prevent leukemia. However, there are a few things you can do to lower your risk.

When to see a doctor

If you work in an industry that brings you in close contact with benzene, it’s important to let your doctor know. You should also let your doctor know if you’ve been exposed to radiation and chemotherapy drugs during previous cancer treatment. Your doctor can do blood tests to check you for leukemia. Testing won’t prevent the leukemia from developing, but an early diagnosis gives the best chance for an early recovery.

If you have any of the following symptoms, you should make an appointment with your doctor for blood tests to confirm or rule out leukemia:

Leukemia symptoms often resemble much more common health issues, like the flu. However, the symptoms may be more severe. Because leukemia affects your white blood cells, frequent infections may indicate something more serious than the flu. If you have flu-like symptoms or other infections that are more frequent than usual, call your doctor and ask for a blood test.