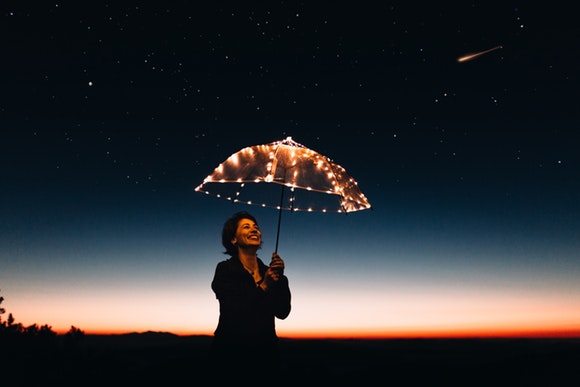 Menopause can be a difficult subject to discuss for some, and that’s partially due to its misunderstood nature. And that makes menopause even more important to learn about, regardless of one’s gender.

In Part 1 of our series Understanding Menopause, we’ll focus on the basics: what it is, how and why it happens, and for how long it may last.

Menopause occurs when a woman hasn’t menstruated in 12 consecutive months and can no longer become pregnant naturally. It usually begins between the ages of 45 and 55, but can develop before or after this age range.

Menopause can cause uncomfortable symptoms, such as hot flashes and weight gain. For most women, medical treatment isn’t needed for menopause.

Read on to learn what you need to know about menopause.

When does menopause begin and how long does it last?

The median age for menopause is 51, though it may occur on average up to two years earlier for African-American and Latinx women. More studies are needed to understand the onset of menopause for non-Caucasian women.

During perimenopause, menstrual periods become irregular. Your periods may be late, or you may completely skip one or more periods. Menstrual flow may also become heavier or lighter.

There are many factors that help determine when you’ll begin menopause, including genetics and ovary health. Perimenopause occurs before menopause. Perimenopause is a time when your hormones begin to change in preparation for menopause.

It can last anywhere from a few months to several years. Many women begin perimenopause some point after their mid-40s. Other women skip perimenopause and enter menopause suddenly.

Menopause is defined as a lack of menstruation for one full year.

Postmenopause refers to the years after menopause has occurred.

What are the symptoms of menopause?

Every woman’s menopause experience is unique. Symptoms are usually more severe when menopause occurs suddenly or over a shorter period of time.

Conditions that impact the health of the ovary, like cancer or hysterectomy, or certain lifestyle choices, like smoking, tend to increase the severity and duration of symptoms.

An estimated 75 percent of women experience hot flashes with menopause.

Other common symptoms of menopause include:

Why does menopause occur?

Menopause is a natural process that occurs as the ovaries age and produce less reproductive hormones.

The body begins to undergo several changes in response to lower levels of:

One of the most notable changes is the loss of active ovarian follicles. Ovarian follicles are the structures that produce and release eggs from the ovary wall, allowing menstruation and fertility.

Most women first notice the frequency of their period becoming less consistent, as the flow becomes heavier and longer. This usually occurs at some point in the mid-to-late 40s. By the age of 52, most U.S. women have undergone menopause.

How is menopause diagnosed?

A new blood test known as the PicoAMH Elisa diagnostic test was recently approved by the Food and Drug AdministrationTrusted Source. This test is used to help determine whether a woman has entered menopause or is getting close to entering menopause.

This new test may be helpful to women who show symptoms of perimenopause, which can also have adverse health impacts. Early menopause is associated with a higher risk of osteoporosis and fracture, heart disease, cognitive changes, vaginal changes and loss of libido, and mood changes.

Your doctor can also order a blood test that will measure the level of certain hormones in the blood, usually FSH and a form of estrogen called estradiol.

Consistently elevated FSH blood levels of 30 mIU/mL or higher, combined with a lack of menstruation for one consecutive year, is usually confirmation of menopause. Saliva tests and over-the-counter (OTC) urine tests are also available, but they’re unreliable and expensive.

During perimenopause, FSH and estrogen levels fluctuate daily, so most healthcare providers will diagnose this condition based on symptoms, medical history, and menstrual information.

Depending on your symptoms and health history, your healthcare provider may also order additional blood tests to help rule out other underlying conditions that may be responsible for your symptoms.

Part 2 of our series Understanding Menopause will focus on treatments, including home remedies and lifestyle changes that can have a beneficial impact. Stay tuned!